Define biology what are the major division of biology? 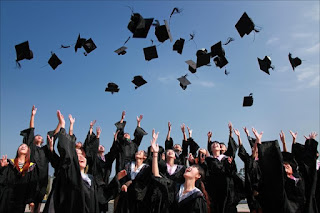 The branch of science with the study of life and living things. A major division of biology is,
1. Botany (botany mean fodder).
The scientific study of the plant is called botany.
2. Zoology (zone mean animal)
Zoology is the study of animals.
3. Microbiology (Micro mean small)
It is the study of microorganism e.g. virus, bacteria, protozoa, microscopic fungi and algae.

Ans: Definition:
Biology is the study of living things biology is divided into the following major branches.
1. Morphology (Greek morph mean structure logo mean study)
It deals with the study of the form and structure of a living organism.
2. Anatomy (Greek Ana mean up tummy mean cutting)
It deals with the study of internal parts of a living organism.
3. Physiology (Greek physis mean nature)
The branch of biology in which we study we study the function of different parts of the body of living things.
4. Embryology (Greek embryo mean unborn)
It is the study of developmental changes from fertilized egg to newborn baby or seed.
5. Taxonomy (Greek taxis meaning arrangement and nomos mean law)
It deals with the naming and arrangement of organisms into groups and sub-groups based on structural and differences.
6. Cell biology or cytology ( Greek kytes mean hollow vessel )
The detail microscopic structure and function of the cell and their organelles is called cytology or cell biology.
7. Histology (greek Hristos mean tissue)
It is the microscopic study of tissue, involving its composition, structure and function.
8. Palaeontology ( Greek poleon mean ancient orita mean being)
It is the study of fossils of the extinct organisms also their relationship with the evolution of life on earth. Study of fossils plants is called palaeobotany and study of fossils animal is called paleozoology.
9. Immunology
It is the study of bodies’ resistance and response to invasion by another organism.
10. Entomology ( Greek nomos mean notched)
It is the branch of biology deal with the scientific study of insects.
11. Genetics ( Greek genesis means origin)
The study of the transmission of hardy characters from parents to offspring.
12. Microbiology:
The study of microorganism a microbes is called microbiology.
13. Biotechnology:
It deals with the application of organism or their component for the welfare of human being e.g. use of yeast, synthesis of drugs, antibiotics, preservation of food.
14. Environmental biology or ecology ( Greek Oikos means home)
It is the branch of biology deal with the interrelationship of an organism with their environment.
15. Parasitical:
It is the branch of biology which deals with the study of parasites and all aspects of parasitism such as mode of transmission. Incubation and relationship with the host life cycle.
16. Social biology:
It is the study of behaviour, ecology and evolution of social animals such as bees, ants and humans.
17. Pharmacology:
It is the scientific study of drugs it also includes the synthesis. Biological effect and delivery of drugs.

Q3: Briefly establish the linkage between biology and other groups of science:

Ans: in the present century it is not possible to isolate biology from other sciences.
Some emerging field of biology is.
1. Biophysics
Definition:
It is the study of biological phenomenon and problems by using the principle and techniques of physics.
Examples:
i. It deals with the applications of nuclear physics to biological system.
ii. Movements of muscles and bones.
iii. Reception of light on eyes.
iv. Radiation effects on livings organism.
2. Biochemistry:
Definition:
It is related with chemical process and substances which are found in the body of living organism. Biochemistry provide better understanding about life processes and biological activities.
Example:
i. Chemical reaction in the living organism e.g. synthesis of food in plants.
ii. Breakdown of food in living organism.
iii. Structural analysis of proteins, foods, carbohydrates, hormones, nucleic acids and vitamins etc.
3. Bio Geography (Bio means life and geography means study of earth)
Definition:
i. It is the study of distribution of living things on earth surface.
ii. It’s also deal with the distribution and spread of animal born disease in particular areas of the earth.
iii. Preservation of rare species.
iv. It also deals with the identification of specific climate, food and geographic features that different organism regular.
4. Bioeconomics:
It is the co-radiation between biology and economics it is concerned with those aspects of living things that are related to the economy of country e.g.
i. Dairy, poultry and fish farming.
ii. Many plants and animals diseases caused by virus, bacteria, fungi etc are a threat for the life of these organisms has caused great economics losses. So their controlling and measuring are also concerned with this field.
iii. Biological research has given relief to millions of farmers by providing a cure in the form of pesticides fungicides and vaccines etc.
5. Biometry (Bio means life and metry means measurement)
It is the application of maths and statistics to wide of topics on biology in medicines and agriculture. Biometry is often used for agricultural application and biostatics is used for medicals applications.
SendShare234Tweet146Pin53Send