Today (January 4) is the day of death of Nawab Waqar-ul-Mulk, the famous leader of Tehreek-e-Pakistan. Maulvi Waqar-ul-Mulk’s real name was Maulvi Mushtaq Hussain. He was born on March 24, 1841, in the Daulat Kade of Fazal Hussain Kamboh in the Amroha area of ​​Uttar Pradesh. 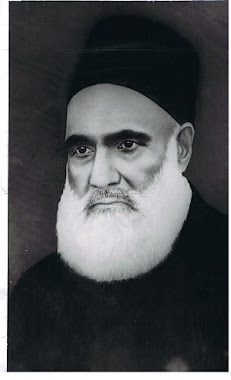 Nawab Waqar-ul-Mulk received his early education from a religious school. He learned Arabic language and grammar, hadith and Islamic jurisprudence from Maulvi Rahat Ali Amrohi. He was also attracted to the side and got his engineering education from Rocky Engineering College and got his degree.

After acquiring ancient and modern knowledge, the late Nawab stepped into practical politics when he was only twenty-five years old. Nawab Waqar-ul-Mulk was very much influenced by the movement of Sir Syed Ahmad Khan and was also a great admirer of him. Nawab Waqar-ul-Mulk believed that Muslims should be equipped with ancient sciences as well as modern sciences. He was looking forward to modern sciences, so he joined his movement and became a special friend. perfect24u

Then he joined MAO College and spent his life in its development and construction till the end. When MAO College Aligarh was made a “Muslim University”, you also started a fundraising campaign for it. At the same time, he collected Rs. 7.5 lakhs and deposited it in the fund of the college. According to a tradition, this amount was Rs. Of course, today this amount will be in billions.

Nawab Waqar-ul-Mulk was gifted with intelligence and intellect. In 1870, he got the second position in essay writing.

He was also an excellent orator, holding meetings of Muslims in many major cities, including Lucknow, and teaching them the importance of science as well as Indian independence. Through his speeches and sermons, he activated the All India Muslim League throughout India and the nation. He expressed his views in matters and matters with complete sincerity.

Nawab Waqa Ralmalik also had a great inclination towards religion. Nawab Waqa Ralmalik used to pay close attention to the religious education and training of the students. Maulana Ashraf Ali Thanwi, Maulana Abdul Bari and other eminent scholars used to look at love with admiration.

Nawab Waqar-ul-Mulk was a very principled man. Seeing his principled news, the government awarded him the title of “Nawab” in 1908. Due to his excellent administrative skills, he was awarded the title of “Nawab-ud-Daulah” and He was awarded the best titles like “Waqar-ul-Malik”. All these attributes are a mirror of the perfect personality of the Nawab and reflect his excellence.

This great leader of Tehreek-e-Pakistan and a shining star spent the beautiful springs of his life in the service of the Muslims of India. The Taliban made the guidance and support of science their blanket. And Adam for the welfare and development of the Muslims of India. Death continued to try. Finally, this great leader of Islamists of India, Mr. Nawab Waqar-ul-Mulk, on January 27, 1917, called for the death of the caller to death in Amroha and went to where we all have to go. Accept it and grant it a special place in your court.

There is a need to showcase these timeless efforts and sacrifices of these great leaders of Islamians of India and the founders of Pakistan to the young nation so that the young nation will realize how much hard work and hardships their forefathers went through. Independence has been achieved and the Kingdom of God Pakistan has been achieved. And they will realize its importance.

Note: This article has been written exclusively for Radio Pakistan’s national program “Sobh Pakistan”. It was recorded on January 2020 under the supervision of Radio Pakistan Gilgit producer Wajid Ali Yasini. Haqqani