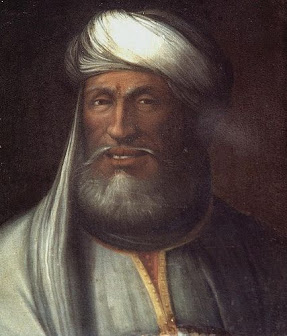 Tariq bin Ziad is one of the great conquerors who changed the map of the world and whose deeds of bravery, courage and bravery are able to be written in golden letters in the history of the world. Tariq bin Ziad is known as the conqueror of Spain. You lived in Africa and belonged to the Berber race. He raised the banner of Islam by defeating a large army with a small army. Tariq bin Ziyad was the deputy of Musa bin Nasir, the governor of Africa. This was the reign of Caliph Walid bin Abdul Malik. Due to his God-given abilities, he learned martial arts at an early age. At that time, North Africa was ruled by Muslims.

The Islamic Empire was full of peace and prosperity. In contrast, the European country of Spain had Roderick’s government, which had put an end to oppression. The king and his courtiers, the emirs were all living a life of aristocratic luxury while the poor people were living in poverty. Fed up with King Roderick’s oppression, his governor, Julian, agreed to cooperate with the Muslims. Musa ibn Nasir sought permission from Caliph Walid ibn Abdul Malik to conquer Spain.

After getting permission, he sent Tariq ibn Ziyad on an expedition to Spain with an army of 7,000 martyrs. Tariq ibn Ziyad advanced towards the southern coast of Africa and landed near a hill in Andalusia (Spain) which later became known as Mount Tariq. Roderick marched with an army of 100,000 to fight the Muslims Tariq ibn Ziyad asked Musa ibn Nasir for more help, to which Musa ibn Nasir sent five thousand troops. Thus the total number of the Muslim army became twelve thousand. The army of the Muslims was armed only with swords and spears, while it had an army of one lakh who had horses and weapons.

When the Islamic army landed on the shore, Tariq bin Ziyad killed one He took a very bold step. He ordered the burning of all the ships and boats by which he had reached here. Tariq bin Ziyad’s companions were impressed by the number of the enemy and the abundance of their military equipment. An enthusiastic speech on the occasion. In which he said, “Muslims! Understand that there is no way back for you now.

The enemy is in front of you and the sea is behind you. Now there is no choice but determination. Play on your souls so that success may kiss your feet. You have come to this region to uphold the religion of the Almighty. Whatever you resolve, the Almighty will help you in it and your name will live forever. If I am killed, do not quarrel among yourselves. If you turn your back on the enemy, you will be killed or captured and destroyed.

Go ahead in the way of Allah Almighty. When I attack, you will fall on the enemy and do not breathe until the island is conquered. ”Tariq bin Ziyad’s sermon warmed the hearts of the Muslims A new spirit of fervor was breathed.

The two armies clashed. Eventually, Tariq ibn Ziyad overcame a large army with his small army on the strength of faith, and Tariq ibn Ziyad took control of southern Spain. went . The Muslims continued to advance and conquered several important Spanish cities, Cordoba, Malika, Albera and Tadmir. He ruled Andalusia for 800 years after the historic conquest of Andalusia (Spain). The conquest of Spain had a profound effect on the social life of Europe. Christians learned tolerance and generosity from Muslims.