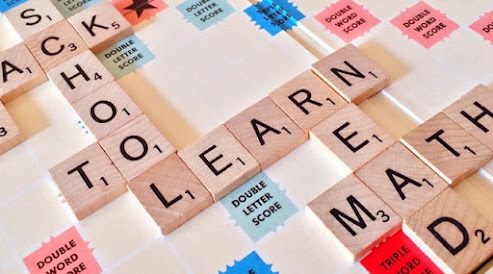 This poem was written by Felicia Dorothy Hymans (1973-1835). He was born in Liverpool, but the family moved to Wales where he was raised. She was sharp in mind and remembered well. As a poet, he is compared to a long fellow. Like Cooper, she had a compassionate love and a passion for greatness and bravery in her work. He also emphasized moral values.

“A man of courage is full of confidence.”

“Patriotism is a great virtue that allows people to forgive themselves.”

The central theme of this poem is the noble qualities of greatness, obedience and morality which require the impossible, immoral and death which have themselves been transformed into eternal life. Loyalty with deep roots is greatness and unparalleled that transcends man above all personal attachment.

The poem was written by Felicia Dorothea Haymans, an English poet.

Kasabianka is not a completely fictional story. This is the story of a brave and innocent boy. The poet presents a scene from a naval battle. Where a ship ignites a fire on its own, there is a cascade standing on the deck. During the war, when fire broke out in every part of the ship, most of the crew were killed and the survivors fled for their lives. But Kasabiana remained unafraid of fire and enemy shelling, where he obeyed the orders of his father, the captain of the ship.

As the plane caught fire, Casabiana’s restless nature asked her permission to leave the battlefield, but there was no response after her father died.

In the previous three episodes, the poet narrates the scene of Kasabianka’s death when flames engulfed her, the plane was blown up and her body was cut off. But in reality his spirit and morals were not defeated. Until his last breath he stood like a rock facing death and danger.

Answer: Kasabianka was a young and brave soldier of his country. He was a born hero and has a very strong, organized and cheerful personality. Dutifulness and obedience were his hallmarks and he was proud to fight for his country.

Q.2 what do you know about fighting this poem?

Answer: Since this poem was written in the 19th century, wooden ships were used in those days. There were different parts like most of them, Helm, Penn Festival etc. They also used artillery shells for destructive purposes.

Question: How is Felicia Dorothea Haymans compared to other poets?

Answer: Felicia Dorothea Haymans has been compared to Henry Longfellow and Cooper. He was also a pity and like other poets, there is a lot of enthusiasm for courage and bravery in his work. He also emphasized moral values.

Q.4 What does it mean to say “Lone Post of Death”?

Answer: The poet is describing the scene of Kasabianka’s death with this sentence. This means that when the fire was about to engulf him and it was time for him to die; instead he was alone on the fighter jet. He was frustrated with his father, the future, of winning the war.

Q.5. Why do geniuses call Kasabianka a “brave child”?

The poet calls Kasabianka a “brave child” because he stood like a rock, regardless of the fire, the enemy’s shelling and his despair in moments of death and danger. When his body was blown up, that is, he was defeated by death, but in reality his soul was not controlled and he remained as a brave and courageous soldier.