Another step towards progress 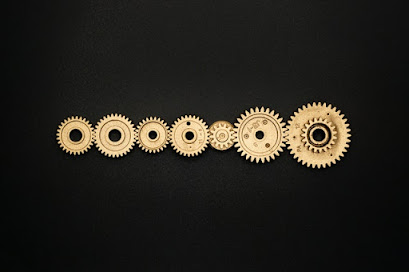 In today’s fast paced world everyone is looking for the path of progress and progress is being made but unfortunately in spite of this progress it is far from progress because this progress is happening only in the material world due to which the helpless Man is in decline in spite of progress. After all, what is the reason that we are defeated by the enemy even after making so much progress, why ….?

Let us go to the door of this benefactor of humanity (peace be upon him) who made such progress that the world is unable to set an example for him who had no technology, no modern machinery and no engineers. That there was no such thing as progress through which there is no progress now, but the secret of the progress of this benevolent humanity (peace be upon him) was something else. They made such lasting progress that they overcame the enemy. perfect24u

Can we make such progress today or not? Of course, this question is troubling in the heart and mind of every human being, so let’s find out so that every human being can make such progress by straightening the direction of his hard work. If the world is staring at you, then remember that you have reached the moon in the material world of progress, but what about the progress that a person who is not suffering on earth will reach the moon and feed on flowers? But if you look at this benevolent humanity, it also made this progress, but by working hard in the spiritual world, and by making such a progress that it split the moon in two and gestured to return the sun for the Asr prayers, it stopped this spiritual progress. The enemy of the world and the cause of lasting progress in the world, which is also the cause of domination over the enemy, is still defeated.

You have made progress in the material world. You have built a ship. Let me take you to the world of progress that has taken place in the spiritual world and beyond this ship. See Hazrat Sulayman (as) a throne with ten thousand seats in the air. Rotating which has led to lasting progress as well as domination of the enemy.

You have developed in the material world and invented the mobile phone. Let’s see that fourteen hundred years ago today, Hazrat Omar Farooq R., who worked in the spiritual world, made this progress and spread his voice in the air to his army which is thousands of miles away. It has traveled and caused the enemy to dominate.

You have made progress in the material world and built ships. You see, Hazrat Saad bin Abi Waqas, who made progress in the spiritual world, made the same progress centuries ago that he threw his army on horseback into the river. When a Malaysian ship sank in the sea some time ago, you used material progress and failed to find such a big ship from the sea using the machinery of the whole world, but you progress in the spiritual world on the other side. When Sa’d ibn Abi Waqqas (may Allah be pleased with him) crossed the river on horseback, he asked his companions if anything had fallen into the river. If it falls, the Amir al-mu’minin orders the water to return the cup, then the river immediately returns the cup. This is the progress of those who work in the spiritual world, which is both permanent and the cause of domination over the enemy.

And people need to be prepared for such development. Today you have development but there are no people. Today you have all the facilities in the courts. There are the best lawyers, judges, etc., but the decisions are still there. Concerned neo-hippies and their global warming, i’ll tell ya. The oppressed are thirsty for justice, but they can’t get it.

Today you have made progress. You have built the best hospital. Clean environment. Patients have been provided with beds etc. The best doctor has been given to the nurses. But still the patient is thirsty for medicine. The doctor does not spare the patient till last drop of blood Eventually the patient screams and dies but the doctor does not pay attention because the facilities are all there but the doctor who was supposed to recognize the patient’s pain did not do the spiritual work due to which all this is happening.

The same is the case with police stations and courts. The situation is the same in every field. The only reason is that we have worked hard in the material world and kept on looking for progress. We have not got any progress or destination. I wish we had the material world and the spiritual. If we worked hard in both worlds, we would get progress and we would also get the upper hand over the enemy.