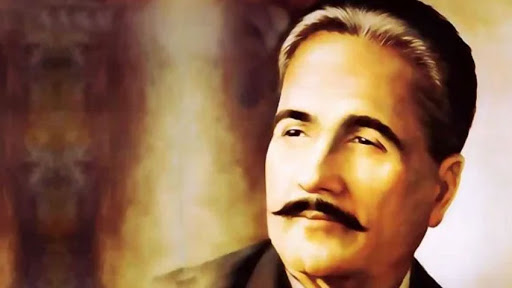 The famous poet of the subcontinent Allama Iqbal was a complete personality who had many facets. He was a philosopher, writer, poet, politician, thinker and lawyer. He had a master’s degree in arts and a PhD in philosophy.

Murshid Kalam said that he recited Durood Sharif 40 million times during his PhD. Perhaps this was the means of Durood Sharif that this awakened brain lover Rasool showed the essence of poetry that is a beacon for the poets to come till the Day of Judgment. He talked about Shaheen, Sufism, the self, the perfect man and the concept of the believer. Among his unforgettable and admirable deeds are the mysteries of the self, the symbols of the selfless, the message of the East, the Bang-e-Dara, the Ajam Psalms, and the Armaghan Hijaz.

Shaheen’s metaphor was used for the youth. Because the falcon is a proud and self-reliant bird that lives freely, keeps flying high, does not build a house, hunts its own prey and does not eat anyone. He says

no, your residence is

Shaheen on the dome of Qasr-e-Sultani.

himself. Encourage young people to recognize their true place. According to him, the real legacy of a believer is the Qur’an, the world is its prison. If it recognizes its origin, then in fact it becomes a model of the Sira of the Companions.

A believer is one who seeks the mysteries of the self, has a lofty eye, is eloquent, and has full faith.

who is a believer is not a believer who is not a man of understanding. Fatwas of disbelief were also imposed on him for writing a glorious reply. But this is one of her great masterpieces in which the soul of Iqbal complains to Lord Iqbal and she responds with God’s grace and glory. Muslims, Muslims, even if the infidels recite it, the locks of the chest will be opened, the eyes of the heart will be awakened and this mystical word will ignite the soul with faith.

Iqbal’s influences include Maulana Rumi, Bayazid Bastami, Mujaddid al-Fathani, Maulana Maududi and others. Through divine outgoing Rumi’s words are used to refer to himself as a disciple Hindi Roman and Byzantine Monday on Roman soil raaksyr Kurds from the Kurdish gbarm jluh Ha Construction (Pir Rumi erased the dust and made many glitters from my dust.)

He became associated with Maulana Maududi when Maulana Maududi wrote his first book “Jihad Fi Al-Islam” at the age of fifty-five. Appreciated very much He was the one who advised Maulana to visit Lahore.

Iqbal has always been known as a poet and ordinary people do not consider his profession of advocacy to be very successful. But in Raqim al-Huroof’s meagre research, Allama Iqbal’s advocacy career began with a barrister from London. He has won more than 50 cases, including criminal and civil cases. There are 104 cases registered in All India Report, Punjab Law Report and Indian cases in which MP Iqbal appeared in the court as counsel for one of the parties.

Finally, Ghulam Sarwar Kainat, a follower of Hindi, a pioneer of two national ideology, a Pakistani thinker, passed away on November 9, 1937.

Let the sky bring dew on your border