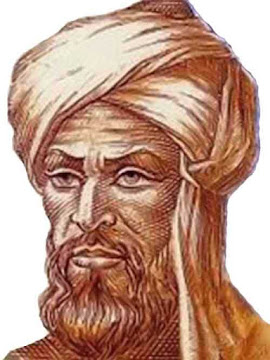 The Amu Darya is one of the most famous rivers in the world. It flows throughout Central Asia, including Turkestan, Uzbekistan, Turkmenistan, and Afghanistan. Along the Amu Darya River, southwestern Uzbekistan is called Khwarazm. Muhammad ibn Musa was from Khiva, the second largest city in Khwarazm. The man belonged to a very poor family. Nothing is known about his early education. But he loved to read. It was his habit to get and read a book from wherever he could find it. But there was no great scholar or great school in Khiva at that time.

This was the era of the Abbasids. By the order of Caliph Mansour, the new city of Baghdad had been settled. An institution called Bait-ul-Hikmat had been established and scholars, philosophers, scientists, historians, poets, writers and mathematicians from all over the world were gathered there. It was considered as the golden age of Islam in terms of scientific progress. ۔ The then Caliph Mamun Rashid was very appreciative of the scholars and was eager to gather scholars from all over the world in his court. He used to write books on a regular basis. Provides appropriate facilities. He would encourage and make the scholars financially prosperous. He would take interest in the discussions and debates among the scholars and would participate in them himself. The world’s best laboratories were established in the House of Wisdom, excellent research work was being done. The fame of Bait-ul-Hikmat had spread all over the world and students from all over the world were drawn towards it.

Muhammad ibn Musa, the seeker of knowledge, came to Baghdad. From the very beginning, he was intoxicated and had little contact with the people. Even in his own city of Khiva, very few people knew him, who knew him in an unknown and new city of Baghdad. He wanted to enter the House of Wisdom but failed because he had no acquaintance. He tried hard but nothing. It happened. Now there was only one tune on his head to somehow get into the House of Wisdom. After much thought, he came up with an untouched idea. He wrote a thesis and went to the House of Wisdom and submitted it Let the scholars there see it. The next day there was a commotion in the House of Wisdom over his article. He was immediately summoned and four or five people answered questions with him regarding the article. Muhammad ibn Musa defended his dissertation beautifully. It was the first dissertation in the world that anyone wrote and defended. Today’s PhD degree is about the same event.

Muhammad ibn Musa, known to the world today as Al-Khwarizmi, was an important figure after this incident. Caliph Mamun loved him and kept him with him at all times. He was an important figure in Mamun’s court. At the request of his uncles, he collected Greek books and translated them. He spent most of his time in Mamun’s library, where all his books were read by Khwarizmi. He lived in the company of knowledge. He was an astronomer, historian and mathematician. But his reputation as a mathematician is very high. Mamun liked his book written on Mamun’s request and Mamun generously rewarded him. Al-Khwarizmi’s second book, Al-Jabr wa Al-Maqbalah, written at the behest of Mamun, is an unparalleled book. It is a basic book for the knowledge of algebra and in this regard, the world recognizes Al-Khwarizmi as the inventor of algebra.

Until then, Roman numerals were used in Europe. Al-Khwarizmi used the number one to nine, which was later adopted by Europe as well. Due to the geographical conditions of the Arab countries, the sky was clear and it was easy to observe the planets. Familiarity with the stars and planets was also essential for traveling in the deserts and seas. Astronomical constellations were used to determine the exact time, including prayer, dawn and iftar, sunrise and sunset. Al-Khwarizmi was also an astronomer. His book on astronomy, Fei Zach, is a popular book. He has also written extensively on astrology. At the request of his uncles, he also created an atlas of maps of the heavens and the earth. Many books written by Khwarizmi have not reached us, but what is available is a priceless treasure and the whole world is benefiting from it.