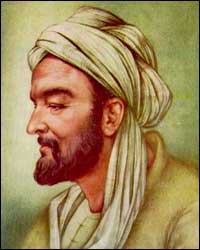 Abu Ali Al-Hussein Ibn Abdullah Ibn Sina was a medical student and thinker. He was born in Afshana near Bukhara in 980 AD. In the history of Islam, Bukhara was considered the capital of the Samanid dynasty. Abu Ali Ibn Sina received his early education in Bukhara and at the age of ten, he mastered the Qur’an and other scientific studies.

He studied philosophy in a variety of Greek, Muslim and He learned alternative books on the subject. He learned logic and other philosophical subjects from the well-known thinker of the time, Abu ‘Abd al-Natili. At the young age of ten, Ibn Sina became so skilled in medicine that His fame spread far and wide. Thanks to this fame, at the age of seventeen, he succeeded in curing the disease of Noah Ibn Mansur, the king of Samani, whose disease was declared incurable by all the famous doctors of that time. Thanks to the performance, when the king wanted to reward you, you asked him for permission to use his library in exchange for the reward.

Ibn Sina was a famous physician, thinker, lexicographer, scientist, and astronomer of his time. His most important contribution to biology is his famous book “Law” which is known in the West as “Canon”. The Law of Medicine is a gigantic encyclopedia of medicine that covers all the information of medicine obtained from ancient and Muslim sources. This book mentions 760 medicines due to which it is the authoritative knowledge of its time. Ibn Sina explained for the first time anatomy, gynecology, and children’s health together.

From a philosophical point of view, his book “Kitab al-Shifa” was his memoir, which contains a vast amount of information from philosophy to science. He categorized the whole subject in the following way: And metaphysics. Conscious knowledge includes ethics, economic science, and politics.

Ibn Sina worked together in mathematics, physics, music, and alternative subjects. In the field of music, he further improved Al-Farabi’s work. In philosophy, your book is salvation and salvation in addition to healing.

When troubles surrounded you on your deathbed, you donated your belongings to the poor, returned unfair benefits, freed slaves, and continued to recite the Qur’an until the day of death. At the age of 58, in June 1037. He died in the holy month of Ramadan and was buried in the Hamdan region of Iran.