Leading Algerian opposition leader Abbasi Madani has died in Qatar on April 3, at the age of seven. Madani was born on February 2, near the southeastern Algerian city of Biskra. He received his doctorate from London and became a lecturer at the University of Algeria. He was arrested on false charges by the French occupying forces in 1989 and began his political journey. 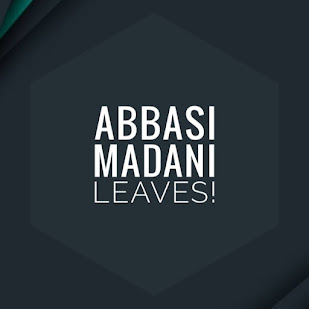 He was later released from prison after gaining independence from France in 1959. But the ruling party soon distanced itself from the National Liberation Front. He had to go to jail again in 1959 for demanding that Arabic be made the national language instead of French. After serving a short sentence, Madani began regular politics.
In 1959, Abbasi Madani and Ali Balhaj co-founded the Islamic Salvation Front (FIS) and went to mosques to spread their message. The FIS also maintained contacts with small armed groups and based on these contacts it became confused with the state.
In 1992, the then secular government had to legally recognise the FIS, as there had been widespread riots in the country a year earlier.
The country’s government and the establishment wanted to have relations with France and the West, while the country’s youth were dissatisfied with the government’s policy, so FIS emerged as an alternative for them and a large number of young people joined FIS.
The FIS, which opposed Western influence in the country, became a threat to the government after winning the local government elections in 2008. In the first round of parliamentary elections in December, the FIS aggressively increased its victory rate to 6 out of 5 seats.

In the second phase, French-backed Defense Minister General Khalid Nazar imposed martial law to prevent the FIS from succeeding. Philip Nailer, a professor of history, writes in his book that “Ali Hussein Kafi, the country’s acting president and head of the country’s high council from 6 to 7, delayed General Khalid’s employment in the French army and the Algerian revolution.” He strongly criticised the participation. He has even taken his involvement in the National Liberation Front as an agent of France.
General Khalid heated up the market of oppression and violence in the country, thousands of people were extrajudicially killed, millions of people were imprisoned, mountains of oppression were broken for adhering to Islamic beliefs, even of men. Beards were banned. General Khalid’s reign was no different from the French colonial era. Strict crackdowns were launched against the FIS, its workers were imprisoned and hundreds of workers were killed.
An estimated 100,000 people were killed, 5,000 were disappeared and 500,000 were forcibly displaced during General Khalid’s rule. Most of them belonged to FIS.
In 2013, Algerian authorities released Abbasi Madani and prominent FIS leader Abdelkader Hashani (who was assassinated two years after his release) after spending several years in prison. In 1959, the political activities of Abbasi Madani and Ali Balhaj were banned. Three years later, Abbasi Madani was allowed to travel to Qatar for a medical check-up, where he remained until his death.

Abbasi Madani played a key role in Algerian politics. He has always been committed to the country’s bright future. His significant role in the politics of the country will always be remembered in good words.
“Whether Algeria is France’s Algeria or the Muslims’ Algeria, whenever people wake up, people will choose Islam, and that time is not far off,” he said in a video message on Algeria’s revolutionary struggle. At the end of his speech, Madani sharply criticized the hypocritical attitude towards French democracy. “They ban the democratic struggle, they say that democracy is fine if it is in France, but it is wrong if it is in Algeria, that is, we are still living in the age of colonialism.”
(His funeral prayers were offered in Qatar. The funeral prayers were also attended by the Emir of Qatar, Sheikh Tamim bin Hamad. From there, his body was flown to his hometown
SendShare234Tweet146Pin53Send