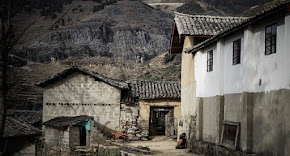 Q.1 Why was the village decorated?

Answer: When Bilal reached his cousin’s village, he saw that the villages were beautifully decorated with unusual colours and flags. The reason behind this decoration was that the annual village festival was being celebrated.

Q.2 Why was the best time to go to the village?

Answer: Bilal visited this village during summer vacation. It would be a great opportunity for him to visit the village as the villagers used to celebrate an annual festival which is held only once a year. Fortunately, Bilal experienced the amazing sites of this festival.

Question the. How did the magician entertain the people?

Answer: The magician entertained the people with his funny and amazing tricks. He did not drop any of them on seven balls at a time. It was a great game of practice and skill.

Q4. How did Kanjur perform his tricks?

Answer Conjurer performed many incredible tricks with his clever skill. He took Bilal’s handkerchief and tore it into pieces. Later, he surprised the audience by returning the handkerchief in just one piece.

Q.5 What is tent camping?

Answer: Tent paging is a feature of Pakistani festivals and a popular national sport. In this game, the rider will have to pull the wooden poles against the ground. They do this with the help of a lens.

The answer is that dog racing is a fun pastime for the villagers, testing the skills of the hounds. At the fair, a rabbit was brought to the field and allowed to report the dogs, which caused the dogs to run away.

Q.7 What was the special announcement?

The answer was a special announcement about horse racing. This is a common feature of the festival, which is why most people come to see their favorite part of the festival.

Q.8 What kind of shops were set up for the fair?

Most of the temporary shops were set up for the Jawab Mela. These shops had everything from handkerchiefs to framing tools. He was the special faculty for the festival.

Question 9 What was the benefit of these shops for the villagers?

Answer: The temporary shops set up for the fair provided feasibility to both buyers and sellers. People from far away easily bought the necessities of life. It was a good time for sellers to take advantage of business opportunities.

Question 10. What were the different entertainments at the fair for children?

At the Answer Fair, you had a lot of fun for the kids. The entertainment includes swings, monkey man shows, and circus shows. The kids really enjoyed it.

·         Decorated – Our school Eid Milad-un-Nabi. Was beautifully decorated on the occasion of

·         Competition – A soldier was seriously injured during a shooting contest.

·         Performance – A major was awarded a medal for his performance during the war.

·         Temp. Temporary – Temporary arrangements have been made to prevent crime.

·         The two friends move towards a crowd that has gathered in a large circle.

Last month, we went to a village fair. The festival represented the festive mood of the music people. The village was specially decorated with colourful flags and banners and a large number of people gathered. Many temporary shops were set up which were the special faculty of the fair.

These shops were providing feasibility for visitors as well as shopkeepers. There was a lot of fun for different age groups especially for children like swings, monkey tackle, drumming competition, horse racing, etc. The circus people also did their funny and amazing tricks to attract people.