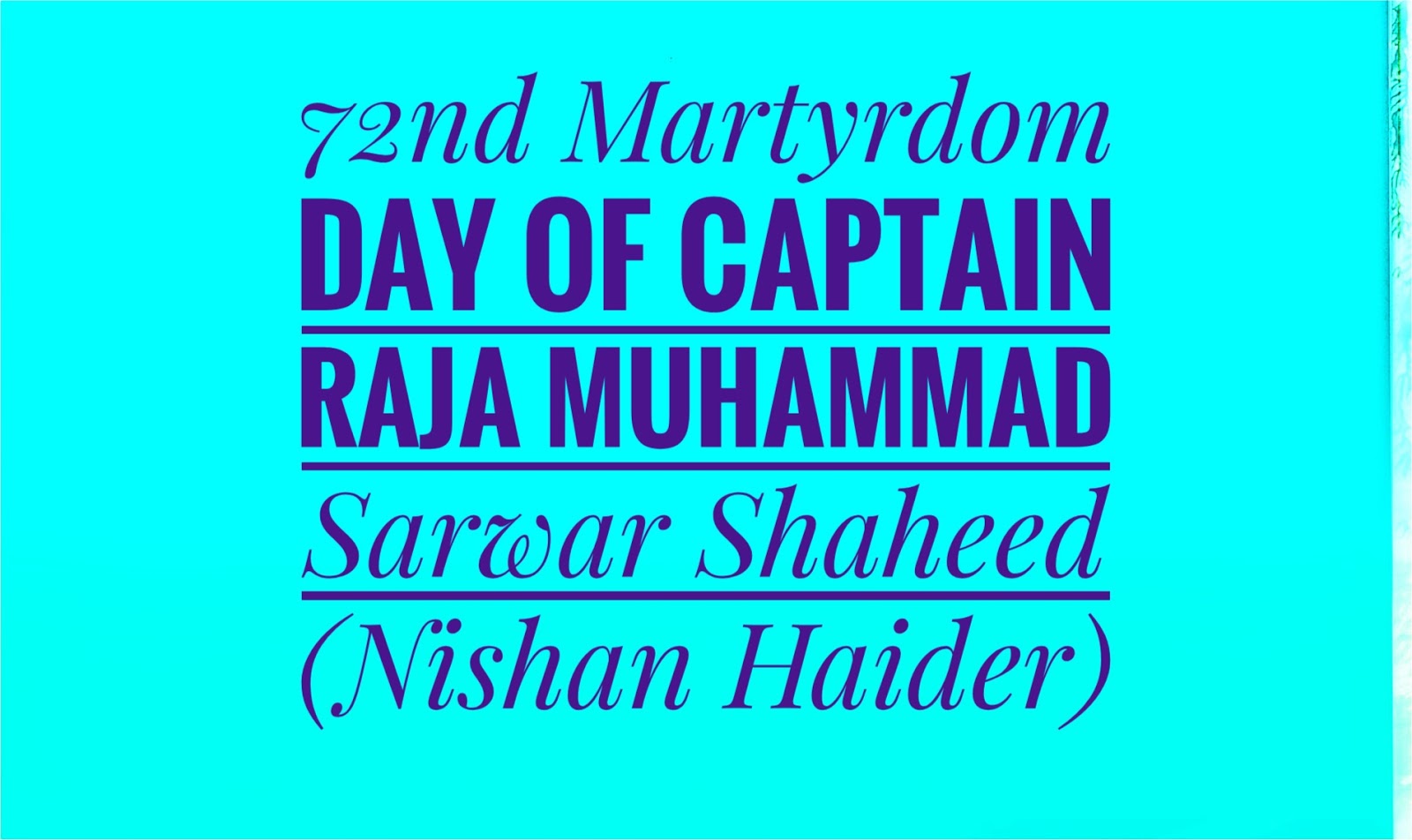 In fact, with the establishment of Pakistan, conspiracies were hatched against it. The Indian rulers started dreaming of annexing the Kashmir Valley to India. Since the Kashmir Valley was inhabited by a large number of Muslims, they recruited the Dogra Army and the Indian Army  At the same time resisted but could not withstand the unarmed Muslims, trained and equipped with modern weapons for a long time.
Seeing the deteriorating situation, the government of Pakistan decided that if the Kashmiri Muslims were still not helped then not only  The entire valley will be occupied by the Indian army and the integrity of Pakistan will be in jeopardy forever, so the Indian army should be stopped as soon as possible and the important mountain peaks which the Indian army had occupied  Where the Kashmiri Muslims were disturbed by the advance of the Indian Army, Captain Raja Muhammad Sarwar was also concerned. He recaptured these mountain peaks at any cost and built a leaden wall between the free and occupied territories.  Wanted to set up.
These days Captain Raja Muhammad Sarwar GHQ signal course training h  In those days, the 2nd Punjab Regiment received orders to stop the advance of the Indian Army. As soon as the course was completed, he joined the battle with his unit. On the battlefield, he was appointed Signal Officer.  The location was the hill of Ori. From a military point of view, the capture of this hill was imperative. It seemed impossible.
The enemy had installed not only machine guns but also a large number of artillery in the area.  He ordered the officer who thought that he could silence the enemy’s artillery to take command of the company. Hearing this, Captain Raja Muhammad Sarwar’s heart was filled with passion for martyrdom and he saluted the commanding officer and asked him to perform this service in his head.  Get ready
This request of Captain Raja Muhammad Sarwar was accepted. According to the program, on July 27, 1948, at 3:30 am, the company of Raja Muhammad Sarwar was to attack Ori hill. It was the month of Ramadan.  The comrades fasted and attacked the enemy with their company. The vanguard of the Pakistan Army advanced and reached a distance of about fifty yards from the enemy’s defensive siege, but at this point, a barrage of grenades and machine-gun fire erupted.  Their way was blocked. The advance was temporarily halted. The enemy had become alert. Sensing the delicacy of the occasion, Captain Sarwar advanced the reserve force.
The distance from the enemy began to decrease again.  So go with him and continue the advance. When the distance between the enemy and them was reduced to 20 yards, it was found that the enemy has protected their fronts with barbed wire. This fence was not present last night.  So Captain Sarwar, instead of being upset, pushed the other gunner forward. He had nothing but sand to cut the barbed wire. Then there was the problem of having to stand up straight to cut the wires.  If he had wanted to, he could have ordered another soldier to cut the wires, but he would have gone ahead on his own to carry out this important and most difficult task.
Farhan Ali was martyred. Now Captain Sarwar was advancing by firing from a machine gun. Bullets were raining from both sides. Meanwhile, a bullet hit Captain Sarwar in the shoulder. He felt as if someone had hit his body.  I am full of embers.  The wound continued to bleed from the wound, but he did not stop moving forward. He was moving forward in such a way that another bullet landed in his body. The destination was a little far away but the reason for the excessive bleeding was:
It seemed impossible to move on. Captain Sarwar’s voice echoed in the air. Friends, the next destination is near. Captain Sarwar gathered his remaining strength and reached the stars. The sand in his hands cut the wires left in the way.  At that moment he was standing upright with a full height. A barrage of bullets came towards him but he escaped. The enemy had seen him. As soon as the barbed wire was cut in the way, another bullet of the enemy landed in his chest.  The moment Captain Raja Muhammad Sarwar was martyred, the next moment the Pak army had captured Ori hill and the green crescent flag was flying on the hill of military importance by pushing the enemy several miles.
Sarwar Shaheed was buried at Kotal Patra with full military honours. The government of Pakistan awarded him the highest honour of the army after his martyrdom.
Captain Raja Muhammad Sarwar was born on November 10, 1910, in the village “Sangori” on the outskirts of Gujjar Khan Tehsil. He received his early education in a local school. On April 15, 1929, he enlisted in the Army as a soldier.
He was promoted to the rank of Subedar six months later. On March 19, 1945, he was promoted to the rank of Second Lieutenant. The following year, he was promoted to the rank of Captain and became part of the 2nd Punjab Regiment.  Today, the Pakistani nation is celebrating the 72nd Martyrdom Day of its great-grandson.
SendShare234Tweet146Pin53Send