This war did not start suddenly and overnight.  India’s border violations since April were the result of its global conspiracies.  The global political situation was not in our favor.  European countries had put all their weight in favor of India because of Pak-China friendship. 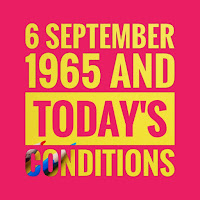